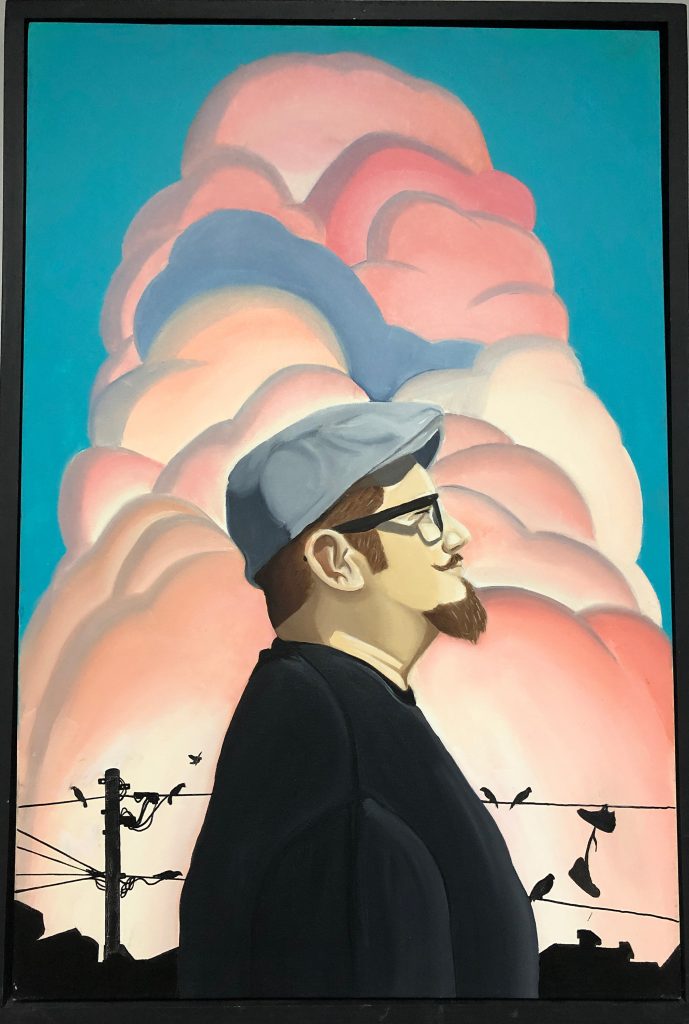 Jake Prendez was raised in Seattle but returned to California after receiving his Bachelor’s in American Ethnic Studies from the University of Washington to work on his Master’s in Chicana/o Studies from CSU Northridge. His Master’s thesis was entitled The Art of Rebellion: Social Justice and Chicano Visual Arts.

Jake is a strong advocate for youth empowerment and the power of positive reinforcement. He grew up being told he didn’t matter. As a youth he was placed in special education classes due to undiagnosed dyslexia. He became involved in gang culture as early as middle school. Thanks to positive role models later in life he began to turn things around and became heavily involved the Chicano Movement and student organizations like MEChA.

At 32, Instead of letting his disability hold him back, he decided to focus his energy and time on his gifts and talents and throw himself into painting and the art scene. Jake was a founding member and editor and chief of Puro Pedo Magazine, the Pop Up Mercado, The Barrio Boogie Collective, The Art Jam/ Buen Pastor Mural Project as well as a founding member of the Chicana and Chicano Bar Association.
Jake Prendez, cont.

Jake Prendez is also a renowned visual artist, displaying his work in numerous exhibitions around the country. He was selected in summer 2016 to participate in the National Association of Latino Arts and Cultures Leadership Institute. In 2017 he was named to the Northwest Folklife Cultural Focus Committee. He also won the “People Choice” award at the 2017 Fiestas Patrias Art Exhibition at the Seattle Center. His art work mainly focuses on themes relating to Chicana/o culture, activism, social justice, as well as pop culture and satire. His artistic style ranges from indigenous influence, social realism, portraiture, tattoo/rockabilly esthetics, to colorful urban style art.

After living and working in Los Angeles for the past 15 years, Jake, returned to Seattle and is hosting the Pop Up Mercado, lecturing around the country, leading workshops and summer programs for youth in the arts.

Keep up with us online!